Was this really a four-day week? We’ve learned so much that it feels much longer than that! In literacy this week we have started a new story-writing unit inspired by ‘Woof!’, and have begun to plan out our own stories about a character who turns into an animal! In maths we revised some work on factors and multiples as well as completing some word problems, including using money (the most problematic thing of all!) In science we had great fun learning all about the digestive system, in PE we played some fiercely competitive games of kick rounders with Mr Harris, and in art we learned about perspective and vanishing points – check out Robbie’s sketch which he completed in his own time! 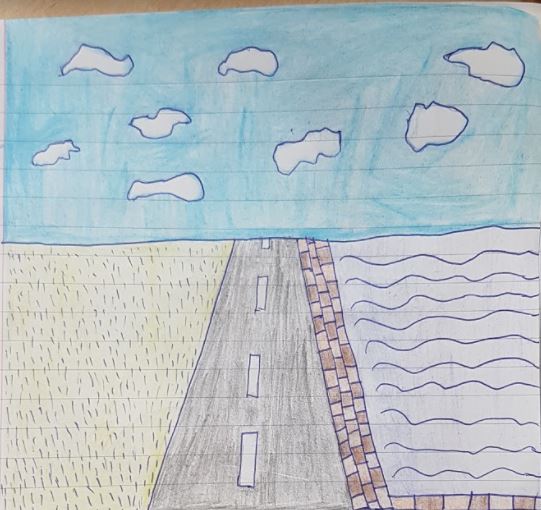 Next week we’ll be doing some sentence writing, using various elements of punctuation and grammar which will hopefully come in useful when we draft our stories. In maths we’re starting a new revision unit all about fractions and percentages. In science we’re going to investigate the link between exercise and heart-rate, in geography we’re going to be completing some field work, and in computing we’re going to kick off a brand new unit all about silent movies. What a week!